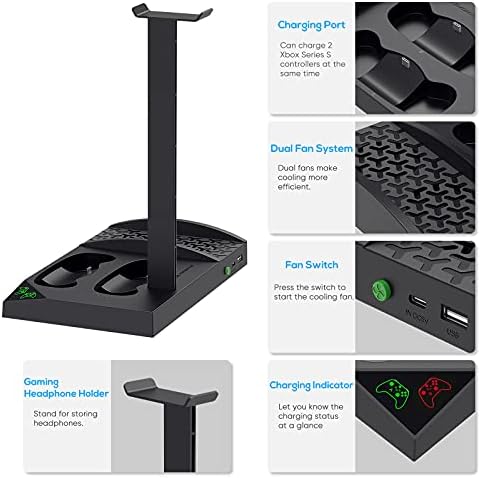 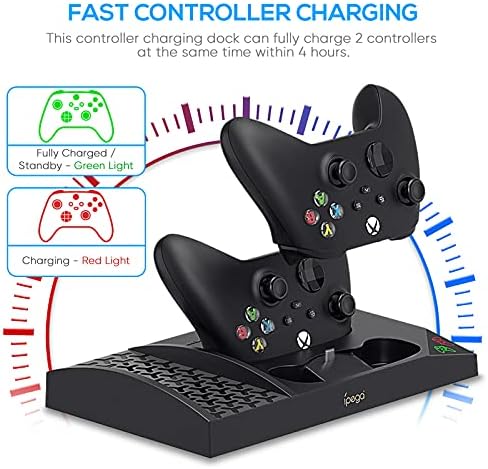 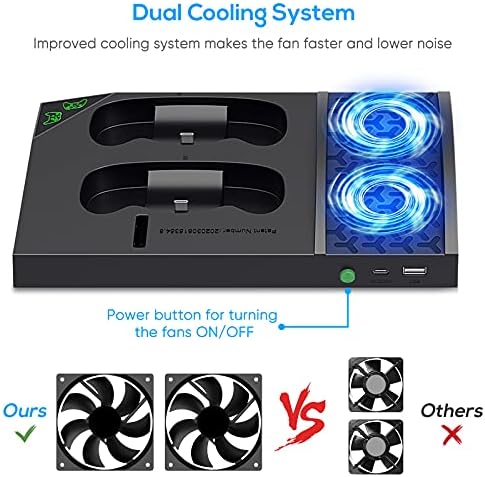 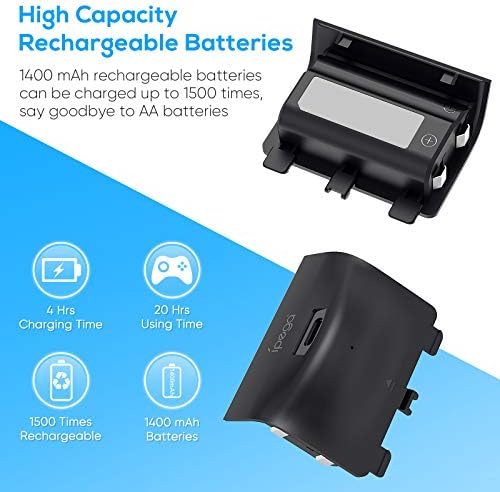 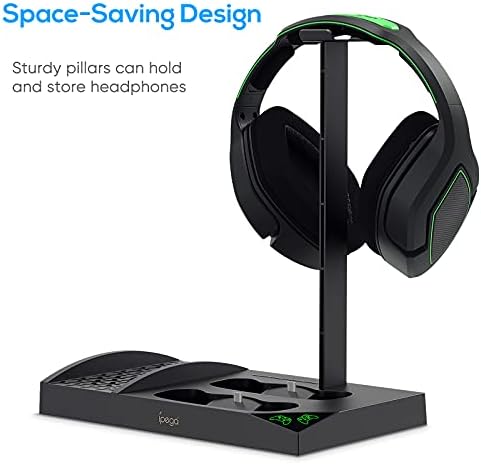 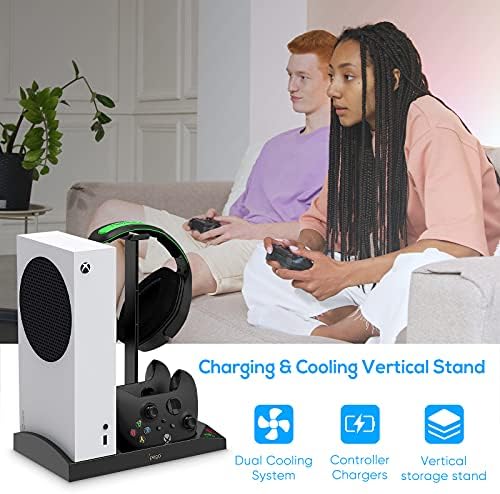 5 in 1 Design: Vertical stand for your Xbox Series S Console, built-in 2 fans for Xbox Series S Console, dual charger for 2 Xbox Series S Controllers, Earphone bracket. Equipped with two 1400mAH battery packs.(Note: Extended USB port doesn’t support data transmission). Charger will stop working when console off, but the sleep mode can charge. 【The stand not work for xbox one controller】
Cooling System for Console: Designed with the fan at the bottom can accelerate the air circulation inside the console system to cool it better. Have power button for turning the fans ON/OFF, The button can control the fan operation at any time. The metal base also can effectively cool the Xbox Series S console, which improve the operational life span. Anti-slip rubber bottom design will keep the vertical stand tightly and stable.
2x1400mAH Rechargeable Batteries: You just install the battery into the Xbox Series S Controller, align the type-C interface on the battery pack with the type-C plug in the base. 2x1400mAH Rechargeable Batteries: Snap down charging design, Eliminates the need for costly replacement batteries. The charging station provides up to 24 hours of standby time.
Clear LED indicator: Let you know the charging status at a glance. When the indicator is green, means fully charged; If the indicator is red, means charging now. Notes: When the Xbox series S Controller is nearly fully charged, the charging indicator of this product does not conform to the prompt of XBS controller, which is a normal phenomenon.
Excellent Space Management: By holding them in a vertical position, the stand minimizes the space taken up by the Xbox Series S console and controllers, headset and keeps the gaming area neat. And the USB charging cable can charge the battery pack directly. Extended USB port doesn’t support data transmission.